Hello everyone. I hope all is well with you. I’ve been working on my second WIP and it’s coming along. I try to make it perfect and then I have to tell myself to relax and let the story flow. It is after all, my first draft. My seventh novel has been on the back burner, simmering while  a third Beta reader checks it out. I’ve gotten very positive feedback from the first two, so I’m crossing my fingers. 🙂

In between my writing times I’ve been keeping a presence on social media and I’ve gotten involved in some Twitter Chats. These chats have centered on the topic of Diversity and Social Media.

It seems to me that Social Media has allowed people to drop their masks and spew their hate for certain minorities, genders, or people of different sexual orientations. Since these people can’t see the hurt they inflict, they don’t experience the consequences of their actions, so they keep doing it. 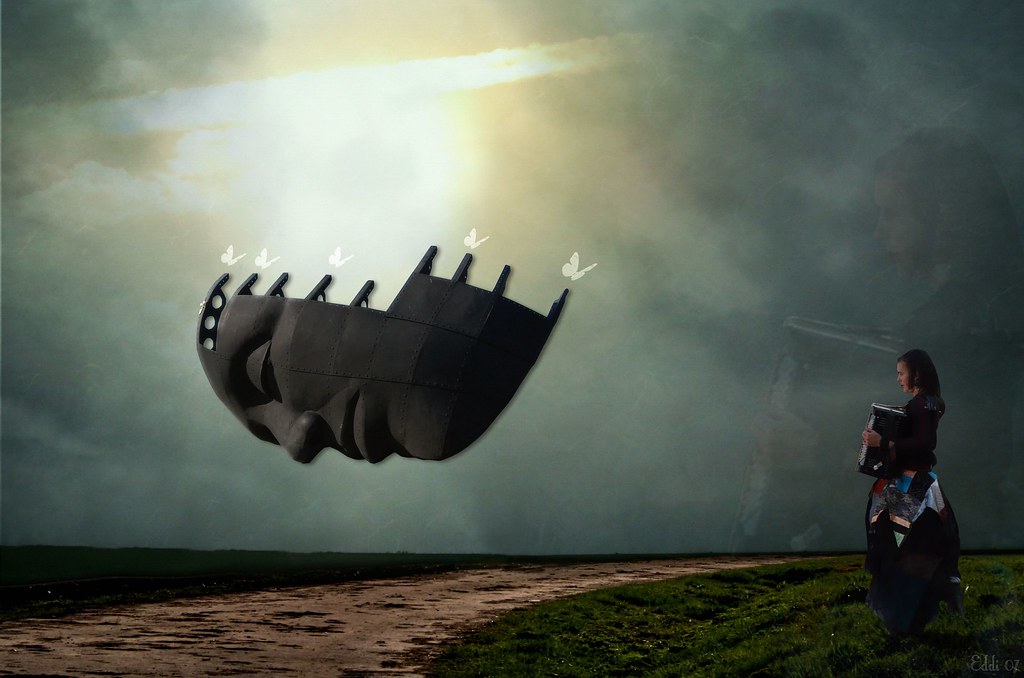 The reality is empathy for our fellow man is declining.  With the internet and social media, we’re more connected than we’ve ever been in our entire lives, and yet we’re struggling to be empathetic. Why?

Some researchers feel that information overload has made our brains screen out the emotionally expensive content. It’s a defense mechanism. They’ve also found the increase in screen time has an inverse relationship with empathy. Simply put, when our screen time increases our ability to empathize decreases. To learn more click this link: https://www.psychologytoday.com/blog/artificial-maturity/201403/why-empathy-is-declining-among-students-and-what-we-can-do

Another study states there has been a sharp decline in reading for pleasure in the last ten years. What’s interesting is that along with this decline there’s also been a decline in the ability to feel compassion for others. As an author I find that very interesting. Don’t you?

This strongly suggests reading is linked to empathy. In fact, studies have shown the number of books preschoolers read predicts their ability to empathize. To read the full article click here: http://www.scientificamerican.com/article/what-me-care/ 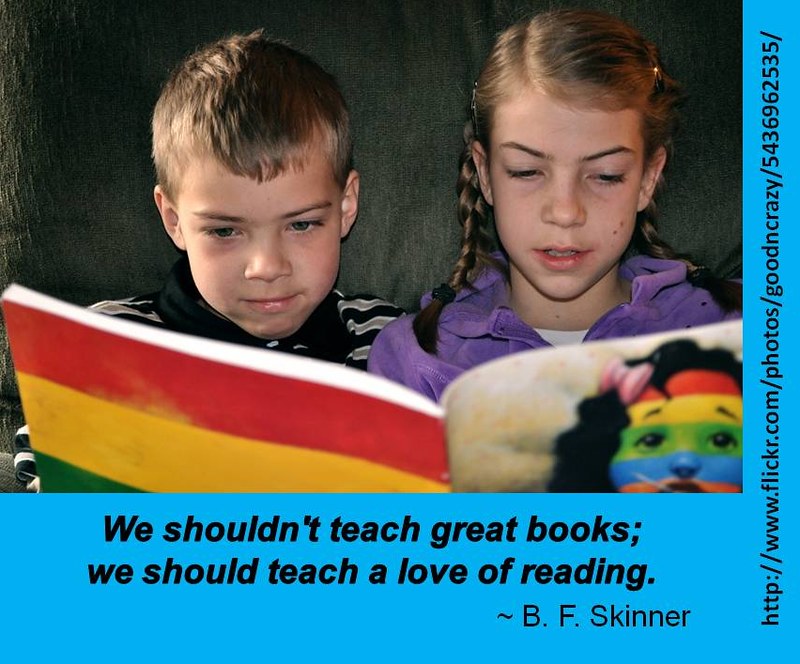 So authors keep writing, don’t give up. Write those diverse books and try to ignore the haters. If they don’t get a reaction they can’t continue spewing their garbage.  It’s hard to ignore them, I know, but we as a society need those books. There’s enough readers out there for all of us, so let’s band together and send out a positive vibration that obliterates their negative one. Don’t even engage with them. They’ll get the message sooner or later.

Hello everyone, I hope all is well with you! I’ve got fellow Astraea Press author Wendy Knight  here today and she’s sharing an excerpt from her new novel with us! It’s titled, “Feudlings in Flames” It sounds like an awesome read and I’ve got it on my TBR Pile! 🙂

So, without further Ado…take it away, Wendy!

Ari thought being in love with her prophesied nemesis sucked. But being responsible for her best friend’s kidnapping? It sucks worse.

Ari and Shane thought they’d beaten Fate and ended the three-hundred year war plaguing their people. They thought love had won. But they were so, so wrong.

Instead of graduating high school like the normals, they’re in a battle to save Charity – Shane’s cousin, Ari’s best friend, and the seer who might hold the key to ending the war for good. To do that, they’re forced to accept help from a boy they aren’t even sure they can trust. He’s powerful and knows spells even Ari’s never heard of, but he’s also secretive and has a past he’s determined to keep hidden . Add to that the fact that he has his sights set on Ari, and Shane would rather do without his help.

Ari has bigger problems than mysterious boys and their strange powers. The powerful Edren Family is hunting her brother, and she can’t very well save him or Charity while they’re constantly being attacked by her own people. To stop the raids, she has to take the fight to them. But if she starts hunting the family that raised her, what kind of monster will she be?

“No no, Hunter, it curves this way.” Ari stood back, watching with a frown, and then jumped back in. “Imagine in your mind what you want the spell to do. Tie your emotions to your spells.”

Shane watched her guide Hunter and tried again on his own. “Close, Shane, but like this,” Ari reached out, holding his hand as she led him through the motion. He felt the flames racing through his blood react to her touch and sparks flew from his fingers, igniting the spell. It hung, burning, in the air, a bright blue curlicue thing. “Perfect,” she whispered, still holding on to his hand.

“Maybe, but does it work?” Tristan’s voice was flat and uninterested, but Shane could hear the animosity running under the words.

“We don’t have any targets set out. He can’t test it.” Ari shook her head, and still holding Shane’s hand, made a quick swiping motion through the spell, dissipating it.         “Try again.” She let go of his hand and stepped back, watching expectantly.

Shane tried, once, twice, and three times. He couldn’t get it quite right, but neither could Hunter, which made him feel better, and Tristan wasn’t even trying.

“It’s okay if you can’t do it, Shane. There are a lot of other powerful spells she uses that will be much easier for you to master,” Will said.

Ari vehemently shook her head. “No. He can do it. Just give him a minute!”

Shane kept his attention focused on the spell in front of him, but he couldn’t stop his grin.

Ari believed in him.

He burned the spell into the air again, trying to replicate the one Ari had drawn, but it fizzled into a mass of smoke. The spell had to ignite to actually do anything. He groaned in frustration, tipping his head sideways to look at Ari. “What am I doing wrong?”

She bit her lip, studying him for several seconds. “When you did it the first time, what were you thinking?”

Shane paused, dropping his hand that was still poised in the air. “Umm… I was thinking we were gonna die and I had seen you throw that spell so I knew it was possible. It just happened.”

Wendy Knight was born and raised in Utah by a wonderful family who spoiled her rotten because she was the baby. Now she spends her time driving her husband crazy with her many eccentricities (no water after five, terror when faced with a live phone call, etcetera, etcetera). She also enjoys chasing her three adorable kids, playing tennis, watching football, reading, and hiking. Camping is also big: her family is slowly working toward a goal of seeing all the National Parks in the U.S.

You can usually find her with at least one Pepsi nearby, wearing ridiculously high heels for whatever the occasion may be. And if everything works out just right, she will also be writing.

Thanks for stopping by Wendy and sharing your new release with us! 🙂

I hope all is well with you! I’ve just learned something exciting and I wanted to share it with you right away.

Now the purpose of this Book Club is to bring Readers and Authors together.  I know, you’re asking, how are they going to do that?

The exciting thing about this is that each month they’re giving one book away FREE for the entire month. Wow! How cool is that!  Wait there’s more…

At the end of the month readers and reviewers can chat with the author and get the inside scoop on a lot of things, like the writing process, what they do when they get writer’s block, where they get their characters, etc.

I know what you’re thinking…how do I join. Well, I’m here to tell you that you can join by clicking on this link!

There are books from all genres, Young Adult and Romance to name a few. So check it out, if you like free books and chatting with authors. J

It’s a great way to stock up on your summer reads! J

So sign up! You don’t want to be late to this party!!

If you want to check out the titles that Astraea Press has published you can find them here:   http://www.astraeapress.com/

If you have any questions leave a comment and I’ll get back with you!