Hello everyone, I hope all is well with you. I’m back today after a busy week of writing, shuttling my boys to places, and painting. Yes, that’s right. My friends and I got together and had a painting party. It was fun, and I highly recommend it.

Today I’d like to talk about social media and its effect on our ability to resolve conflict. I was thinking about that this morning as I wiped the sleep from my eyes because I’m worried about what the future holds for my kids.

In my opinion, social media is detrimental to teaching our littles the skill of resolving conflict, of compromising to get along. Why? Because they don’t have to come to a resolution, they just have to turn off the computer. However, they still have to deal with those negative emotions that negative comments and confrontational interactions stir up.

Being able to resolve conflict is an important skill for the working world. What are our littles going to do when they have an upset customer? You just can’t turn off the computer then.

Social Media allows people to turn off their filters and say whatever they want under the guise of just “expressing an opinion.” Then when things get too heated they’ll block someone or logout. So what happens when you’re dealing with someone in real life and things start escalating?

We need to teach our littles to “agree to disagree” with respect. We can still respect someone who has a different opinion than ours. We as parents need to be the role models for this behavior.  Unfortunately, not all parents do this.

Another reason we need to teach and model appropriate behavior is because of the negative emotions that are stirred up when things escalate out of control. On social, media name calling and bullying cannot be tolerated. The effects of this type of behavior are resounding and have far-reaching consequences after the computer is turned off. Our nationwide suicide rate has increase 25% since 1999.

Doesn’t that scare anyone? It should. When did social media make its first appearance? 1997. Then blogging became popular in 1999. In the early 2000’s My Space was born and following that, in 2005 YouTube arrived on the scene. Right on YouTube’s heels, Facebook and Twitter.

I hope I’m not the only one seeing a correlation here.

We need to make sure our kids learn how to negotiate and compromise for when they can’t turn off the computer. These skills are vital for them to make their way in the world long after we’re gone, wouldn’t you agree? 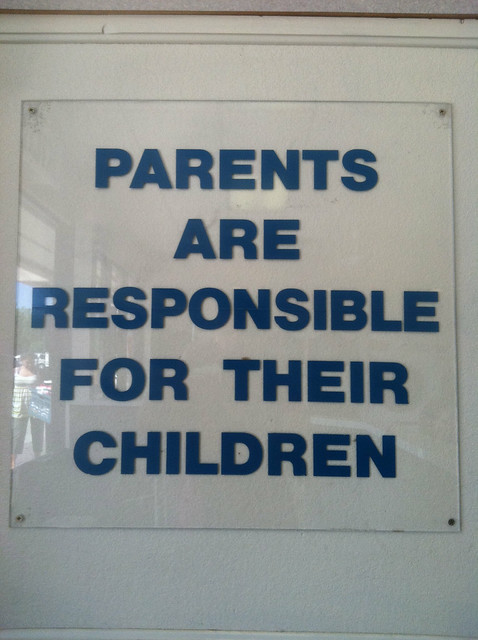 We also need to teach them coping behaviors so they can deal with cyber bullies effectively. They need to learn how not to internalize negative messages and how to deal with the feelings they inspire. We need our “in real life” friends now more than ever, don’t you think?

Thanks for stopping by and reading my post. It ended up being much more serious than what I intended, but sometimes that happens, you know?

Leave a comment. I’d love to hear your thoughts on my thoughts. 🙂