Hello everyone, I hope all is well with you. I hope quarantine is going well for you. I’ve been working from home, so my days haven’t changed too much. I have finished my story and now I’m editing it. That’s the hard part. I don’t want to get rid of some of the words because I love them, but I must because well you know. 😊

We must kill our little darlings, right? 😉

Enough about that, though. Today, I’d like to tell you about what I’ve been watching during quarantine. The first is an amazing series hubby and I have been binge-watching. It’s titled “Killing Eve” and it’s about an assassin and the task force who’s trying to catch her. For a dark story there’s lots of humor and you can’t help but like the assassin even though she’s a psychopath. Let’s face it, she’s not all bad.

Then there’s Eve, the woman trying to track her down. Eve is the investigator on the case who’s trying to track down the person behind all the seemingly random deaths. During the chase, we see Eve’s dark side emerging and the attraction between Villanelle (the assassin) and Eve is undeniable. You can’t stop watching. Will Eve catch Villanelle? Will Eve’s dark side take over before she catches Villanelle? Will she cross over to Villanelle’s side? These are all questions that need answers, so you have to keep watching.

The next series is near and dear to my heart because it was written by the same writers who wrote “Breaking Bad.” I loved that show. I loved watching the transformation of Walter White. This next series, I’ve spoken of before and it’s called “Better Call Saul.” There’s a new season upon us and it’s a great show. 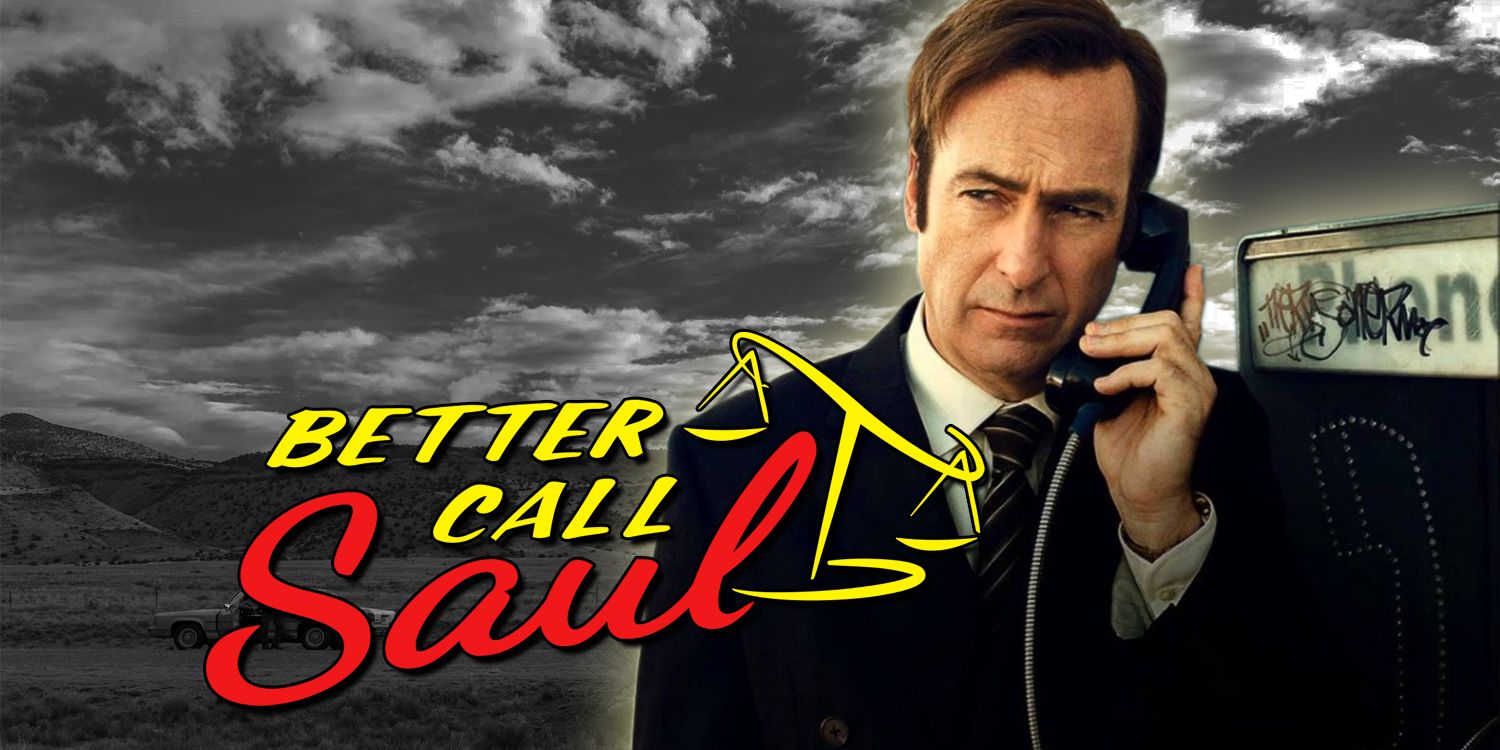 It’s the story of Saul Goodman the lawyer from “Breaking Bad.” He’s trying to be a good guy, but in the end, he ends up being kind of a shyster lawyer. He’s always on the fringe of the law. It’s a great story because it gives you the backstory to some of the main characters in “Breaking Bad” like Gus and Mike. It’s fun to see Jimmy or “Saul” get into scrapes and what he does to get out of them. If you need some entertainment during quarantine and you like great writing and fleshed out characters, then “Better Call Saul” is for you.

Hello everyone, I hope all is well with you. I’m back today after taking a week off for Spring Break. We didn’t go anywhere but we did have a nice week away from school and work even though it SNOWED.

I was so disappointed when I woke up to snow on April 3. We were supposed to go up north, but when the snow hit we decided to wait until it was a little warmer because we’re tired of winter.

So to make sure my kids didn’t get bored we arranged a couple of sleepovers and one of them was with their cousin. When he was over, they stumbled across the show “The Office” on Netflix. 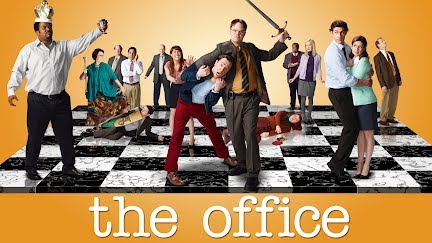 OMG! This show is hilarious. When I watched a few episodes when it first came out, I didn’t get into it for some reason. Probably because my kids were small and I didn’t have time for TV. Since I’ve been reintroduced to the series, we’ve been binge watching it over this cold and snowy weekend and the whole family enjoys it.

It’s a great show to watch from a writer’s perspective. I’ve been working a lot on creating characters and it’s so interesting to see how the different personalities in this show interact and conflict. My favorite character is Jim. He’s so easygoing and plays practical jokes on all the others. It’s fun to watch how the different characters react especially Dwight.

Speaking about shows that have incredible characters, there’s “Breaking Bad.” One of my all-time favorites. If you need a good representation of character arc, just take a look at Walter White and see how he transforms throughout the show. It’s amazing and totally believable.  It’s not a comedy like “The Office,” and it’s incredibly intense, but it’s an awesome show to watch. 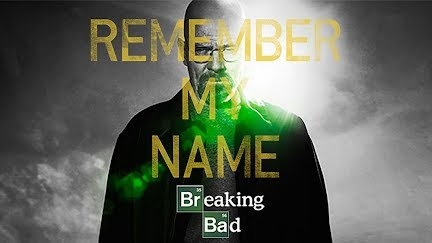 I’ve been working on developing my characters so that they’re more three dimensional because that’s what readers want, right? So I’ve been working on their strengths, their flaws, their goals, and their quirks. Humans are so interesting and they’re full of contradictions. So our characters should also be that way. Wouldn’t you agree?

Just a few writerly thoughts on a cold, snowy spring day. How about you, how do you determine the personalities of your characters? Leave a comment. I’d love to hear from you!

Hello everyone. I hope all is well with you. Halloween is tomorrow and I’m getting together with the same Moms I went to the orchard with and we’re taking all our boys Trick or Treating. I can’t wait. My boys have a blast whenever we get together and I have fun, too.

This weekend has been productive. I’ve been able to write, and I’m making headway on both the WIPs that are taking up creative space in my brain. Because of this, I didn’t feel guilty about starting to binge watch one of my favorite shows. It’s titled “The Fall” and stars Gillian Anderson and Jamie Dornan. The third season has just come out on Netflix and hubby and I sat down last night to watch it. (We’re gearing up for winter when we can’t get outside as much because of the cold weather.) 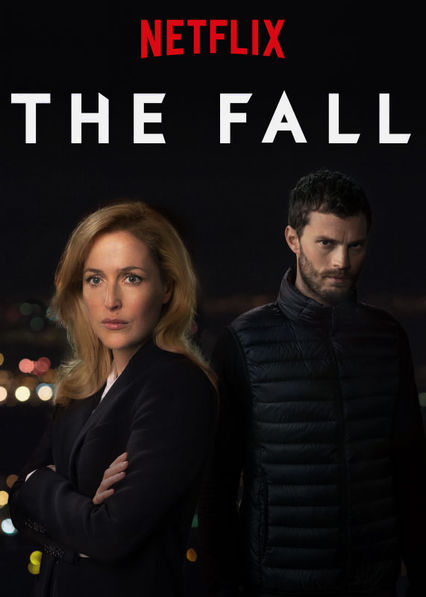 To see the Trailer for Season Three click here: The Fall

This show is incredibly well written and the actors do a great job bringing their characters to life. If you like suspenseful thrillers then this show is for you. I love how this series delves into the characters so deeply, you really get to know them. By doing this, it makes the viewer want to find out more about the characters. You start to care about them and you want to see what happens to them.

It’s the story of Stella Gibson who’s the Detective Superintendent and her nemesis Paul Spector who is a serial killer. It’s the story about his crimes, his capture, and right now it’s heading toward his trial. The obstacles Stella has to overcome are incredible, and I know I could sit here and watch each episode of season three one right after the other.

So, if you’re in need of some down time or have a weekend with no plans, and you’re an introvert like me where you need alone time to unwind, this show’s for you. It is that good. 🙂

Here’s a couple of other awesome shows that I’ve binge watched and absolutely loved.

****This was an incredibly well written story. The change in the main character is amazing and Bryan Cranston did an awesome job. That being said, it was also very violent. Just an FYI 🙂

****This is a spinoff from Breaking Bad and it’s the story of Saul Goodman (Walter White’s attorney). It wasn’t as good as Breaking Bad, but again the writing was excellent and so was the acting. I enjoyed the series.

*****I absolutely loved this show! The writing and acting were amazing. I love Jeff Daniels and he did a great job. You’ll love this one, I’m sure.

So there you have it. Some shows to binge watch during those cold winter days when it’s too cold to get outside. Do you have any shows you’d like to recommend? Leave a comment, I’d love to hear from you!

Hello everyone, I hope all is well with you today! I’m back talking about one of my favorite TV shows, “Breaking Bad.” Last night was the season finale and I must say it was awesome!

I have to admit when I first started watching the show I thought it was going to be one that glorified drug use. I was a little skeptical about whether I was going to enjoy it or not.

“Breaking Bad” is the story of Walter White, a chemistry teacher diagnosed with cancer. He needs big money to pay for his cancer treatments, so he starts manufacturing Meth. Since he’s a chemistry teacher, he knows about chemical reactions, which means he knows how to cook it. His product ends up being 99% pure. With that kind of purity, his product becomes a hot commodity in the drug world.

In the beginning, Walt is just a “nice guy” who has been screwed over. He has been screwed over by his former business partners and by the insurance company that won’t cover his cancer treatment. Walt is a victim. We identify with him and want him to win. We want him to win even when he turns into Heisenberg. The reason for that is because we’ve all been victimized in some way and we want to seek revenge on our tormentors. When Walt transforms into Heisenberg, he becomes victorious, beating the bullies of society. So, even though he’s a bad dude, we still like him. This is a story of what can happen when horrible circumstances force people to make choices they wouldn’t normally make.

This show is probably one of the best shows I’ve seen in a long time. It depicts the story of Walter White’s transformation from mild-mannered high school teacher to drug king pin. It’s the story of the destruction of his family.

I think it’s an accurate portrayal of what the drug trade is really like. There’s nothing glamorous about it. It’s violent and scary. Drugs destroy families and lives.  If the DEA doesn’t catch you, your competition will kill you.

It’s a tragic tale. Walt has to say good-bye to his family and disappear. In the end, he has no one. I don’t  want to spoil the ending for anyone who had to DVR the show last night, so that’s all I’m going to say about the end.

I know this show is violent, but I wonder if it wouldn’t be a bad idea for high school students to watch it. It shows the unglamorous side of meth addiction, the sores, the repetitive behavior, and the rotted teeth in all their glory.

It also depicts a realistic portrayal of what a Meth dealer’s life is like. The constant war over territory, the constant anxiety about being caught, and the lies that have to be told to protect your cover. It’s an incredibly stressful situation.

“Breaking Bad” does illustrate the “big bucks” that a drug dealer can make. However, it doesn’t glorify it. It depicts the difficulty a dealer faces when he needs to get the money laundered and what does happen when the DEA catches a dealer. All that money he made goes straight to the government not his family. The show illustrates that the drug trade is a no win situation for anyone, whether you’re a user or a pusher. Everyone loses in the long run.

So there you have it. I will miss this show. It was quite an education and I would recommend getting the DVDs and watching the show with your teens. It’s an excellent way to educate them about the realities of both drug use and the drug trade.

Thanks for stopping by and reading my post! I’d love to hear from you so if you’d like to leave a comment about your thoughts on the show, please do! I’d love to read them!

I’d like to thank Television without Pity.com for the use of this photo. For more pictures click the link below: