To all you Dad’s out there! Celebrate your day!

Hello everyone, I hope all is well with you. Today, I thought I’d write a post about addiction. Now, this isn’t any kind of normal addiction like a drug or alcohol addiction. This addiction is what we call a NETFLIX addiction. It’s hard to tell if a loved one has this addiction so, I thought I’d post some symptoms and that way, you’d be able to help those loved ones who can’t help themselves.  So, without further ado, here we go.

You might be addicted to NETFLIX if you’ve developed carpel tunnel syndrome from operating the remote and you’ve gained ten pounds.

You might be addicted to Netflix if you can reenact whole scenes from “The Office” with the TV off.

You may be addicted to NETFLIX if you’ve watched “The Tiger King” in its entirety. 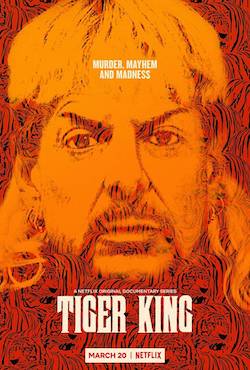 You may be addicted to NETFLIX if you believe Dwight Schrute is a real person. 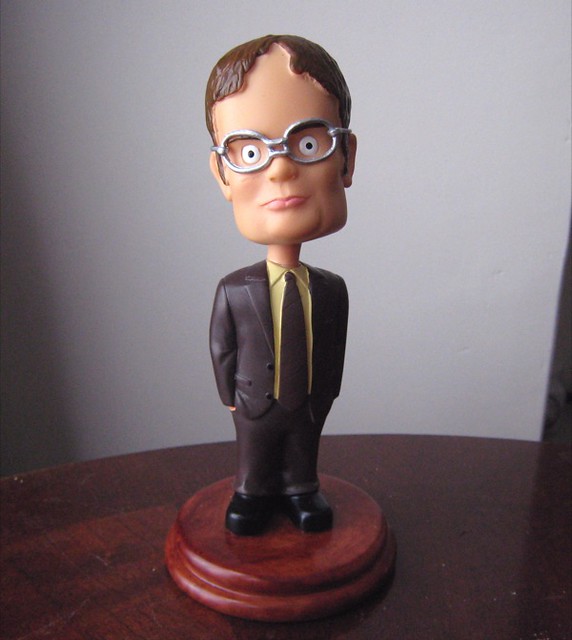 You might be addicted to NETFLIX if you think a mullet is a current fashion statement.

You might be addicted to NETFLIX if moving to the Ozarks and laundering money for the drug cartel is a viable career choice.

You might be addicted to NETFLIX if you have the sudden urge to buy tigers and open your very own petting zoo.

You might be addicted to NETFLIX if you want to dress up for Halloween as Joe Exotic.

You might be addicted to NETFLIX if you want to introduce your neighbor who mows his lawn at seven in the morning wearing his black knee socks to Carol Baskin. 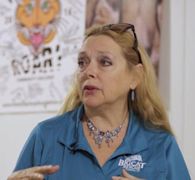 You might be addicted to NETFLIX if you’re considering cooking meth in an RV in your underwear as a way to make some extra cash. 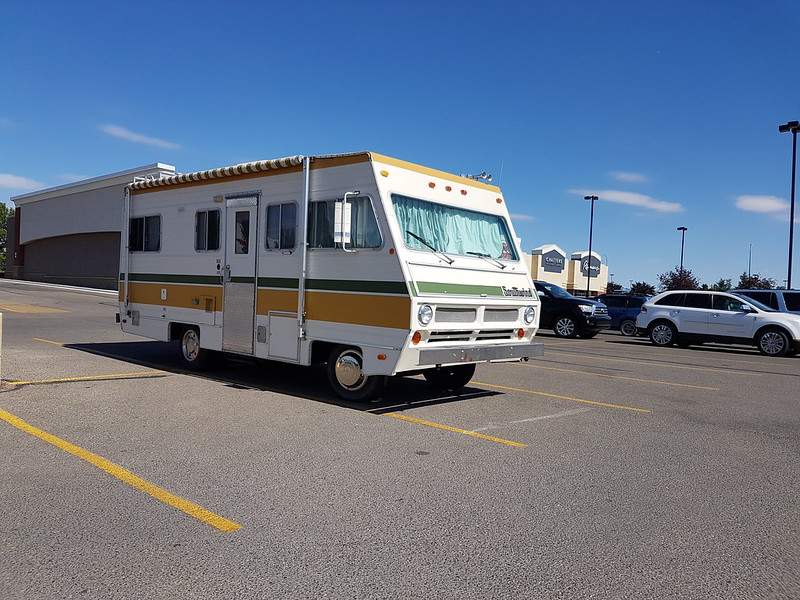 You might be addicted to NETFLIX if you end another person’s sentence with “that’s what she said.”

You might be addicted to NETFLIX if you believe Michael Scarn Threat Level Midnight is a real movie.

You may be addicted to NETFLIX if you’re considering changing your last name to Heisenberg. 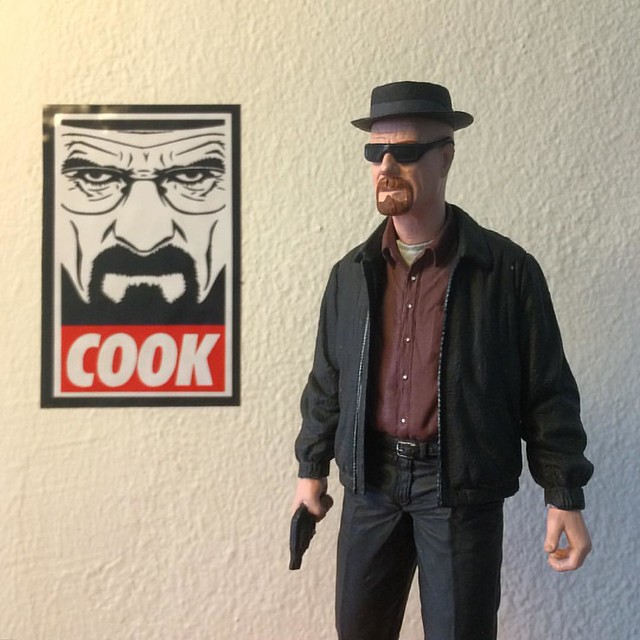 Thanks for stopping by and reading my addiction to NETFLIX post. Do you have any symptoms to add? Leave them in the comments! I’d love to hear from you!

Have a safe and Happy Thanksgiving! I’m grateful for all of you! Just thought I’d share this with all the Moms out there! 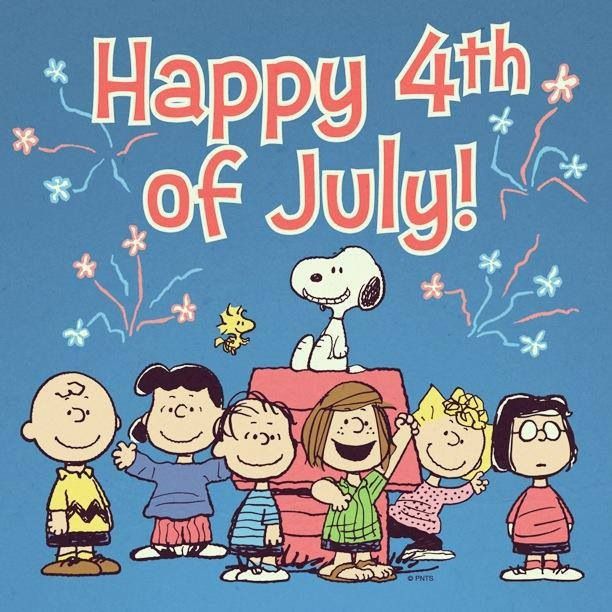 I hope you enjoy time with family and friends. Stay safe!

Hello everyone, I hope all is well with you. I’m back today after a busy week of Christmas shopping, Christmas concerts, writing, and working. It feels good to sit down and catch my breath. I love the Christmas season, but it does wear me out. 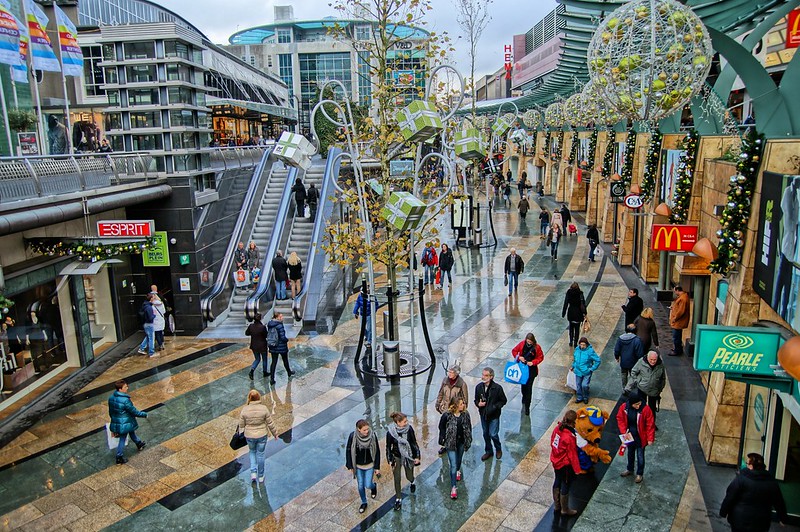 One day while I was standing in one of the many lines waiting to check out, my mind began to wander and this question floated to the surface of my brain: Are humans supposed to hibernate?

As I slowly moved forward, the wheels in my brain started to turn. I don’t know about you but when winter hits, it’s harder for me to get up in the morning and I want to go to bed earlier at night.

This increased need for sleep has me thinking that us humans may be fighting our natural instinct to hibernate in the winter like so many animals do. Not only animals but plants, too. Many of them become dormant in the winter and start growing again in the spring.

It makes me wonder if the world would be a better place if we all just slowed down and took a long winter’s nap. Maybe that’s the natural order of things, and we’re going against the grain. That’s why everyone’s so grumpy. It’s possible, don’t you think?

A winter’s nap would cure many things. For example, road rage. If we hibernate in the winter everyone would be getting enough sleep. People would be less likely to fly off the handle when they’re on the road.

It would be the cure for Seasonal Affective Disorder. This disorder is a form of depression that’s triggered by the changing seasons. Mainly winter. Maybe we’re getting depressed because we’re supposed to be sleeping during this time instead of slogging around in the slush and snow.

I wonder how it would affect our economy if we were to sleep during the long winter months. I know my first thought is it would hurt us. It makes sense if we weren’t producing we wouldn’t have any product to sell, but on closer inspection I think it would actually help us.

Why? Because we’d have to work with our competitors. After all, every continent experiences winter at a different time. While one is sleeping the other could be going into high production mode and produce goods and services for the one continent that’s in hibernation mode.

We’d have to communicate and rely on our fellow earth dwellers. We’d have to cooperate, eliminating competition. Global cooperation. Now that’s a goal worth striving for, don’t you think?

I know what you’re thinking, what about those countries that don’t have winter? It’s true some don’t have quite as dramatic changes in season as others, but they all experience times when days are shorter than others. So, they are affected as well, just not to the same degree as other continents. So, it could still work.

Hibernation. Maybe those wild woodland animals are on to something. Could it really be that simple?

Thanks for stopping by and reading my post. What do you think? Could hibernation be the answer to our global unrest? Leave a comment. I’d love to hear from you!

Hello everyone. I hope all is well with you. Spring break is upon us. Finally! I’m looking forward to this break because both boys will be with friends so I’m going to have plenty of writing time. I did get some feedback from my beta reader and she loved the first one hundred pages! Yay me! She’s going to finish it up and let me know how she feels about the rest of it soon.  🙂

But enough about that. Today I’m back and I’m talking about being a bad housewife. I must confess I’d rather be writing than cleaning and sometimes my house reflects that. I also have a hard time throwing things away because every little scrap of paper has some sort of memory attached to it. So I must keep it. You know how it is. 🙂

So I’ve put together a list of Bad Housewife Traits that you may or may not identify with. 😉 I’ve posted the list below.

2. You may be a bad housewife if you wait until the very last item of clothing is worn before you do the laundry.

3. You may be a bad housewife if you see a cobweb but leave it because spiders need homes, too. 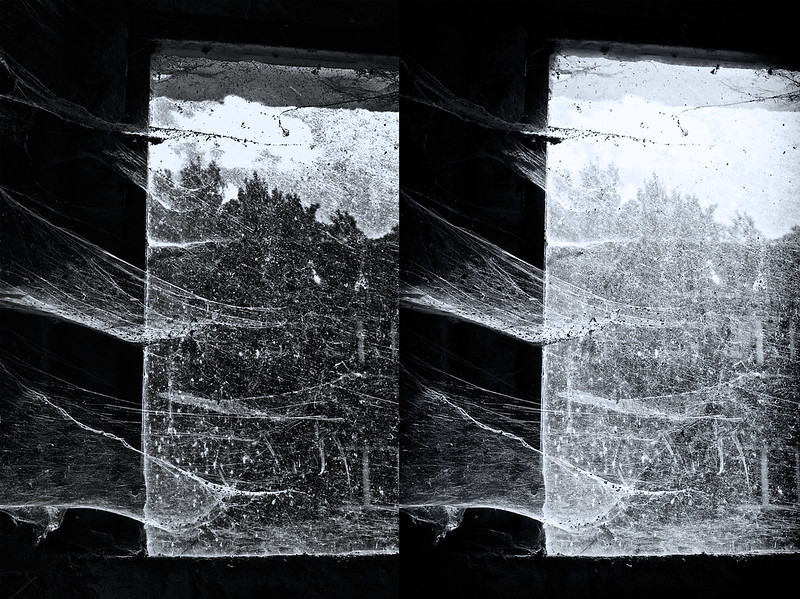 4. You may be a bad housewife if you don’t take out the garbage until you can smell it.

5. You may be a bad housewife if when sweeping the floor you literally sweep the dirt under the rug because you just can’t find the dustpan.

6. You may be a bad housewife if you watch “Hoarders” to feel better about your housekeeping skills. 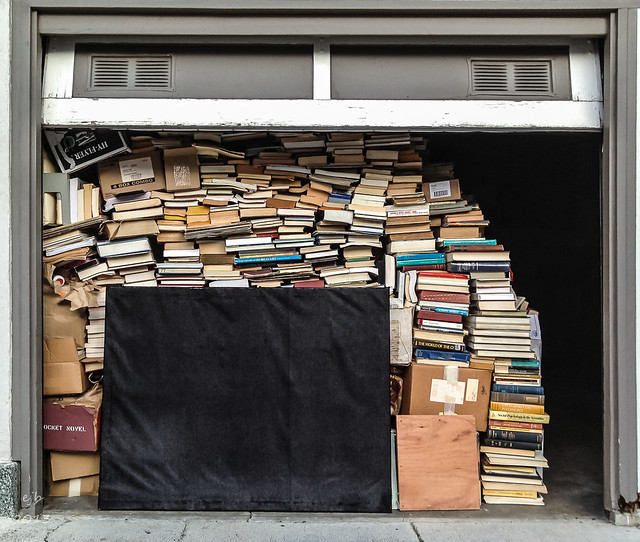 7. You may be a bad housewife if your kids can write their names in the dust that has accumulated on your tabletops.

8. You may be a bad housewife if your floors are sticky from spills that haven’t been wiped up.

9. You may be a bad housewife if ants parade across your counter because it’s a smorgasbord of crumbs and other delectable bites. You just don’t have time to wipe them up. 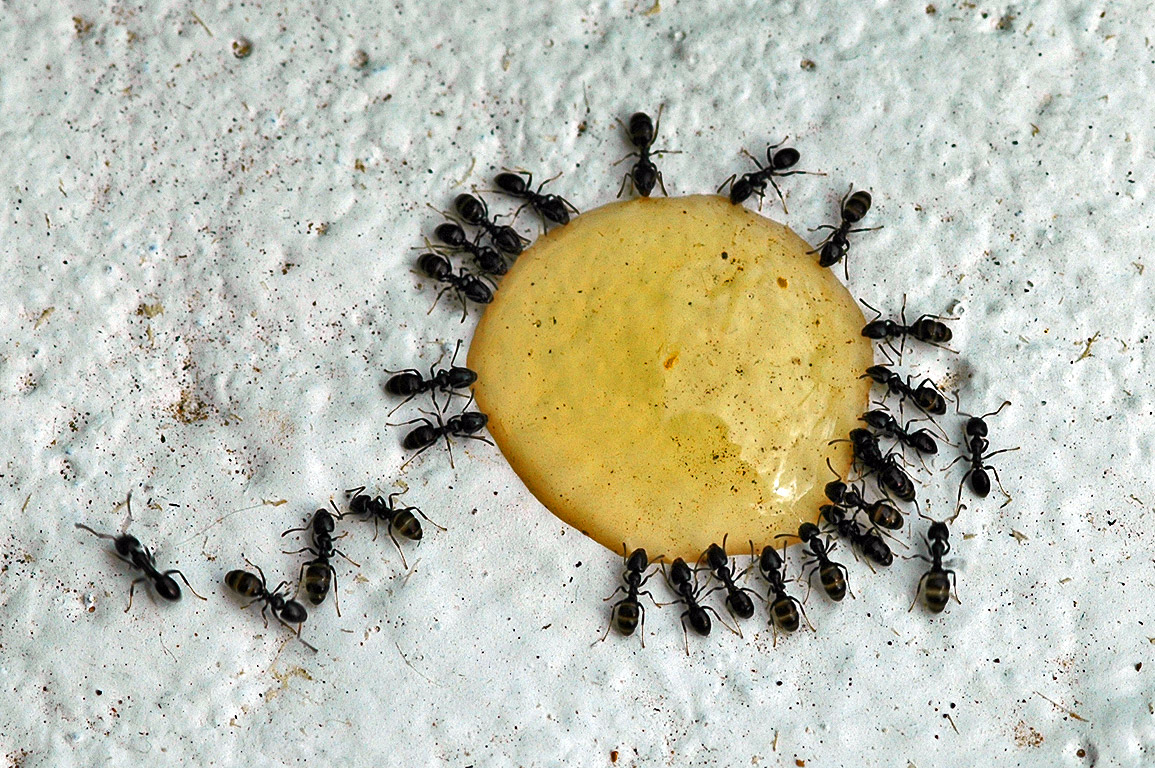 10. You may be a bad housewife if you haven’t changed the kitty litter in three weeks and it’s so bad, you’re cat won’t even use it. 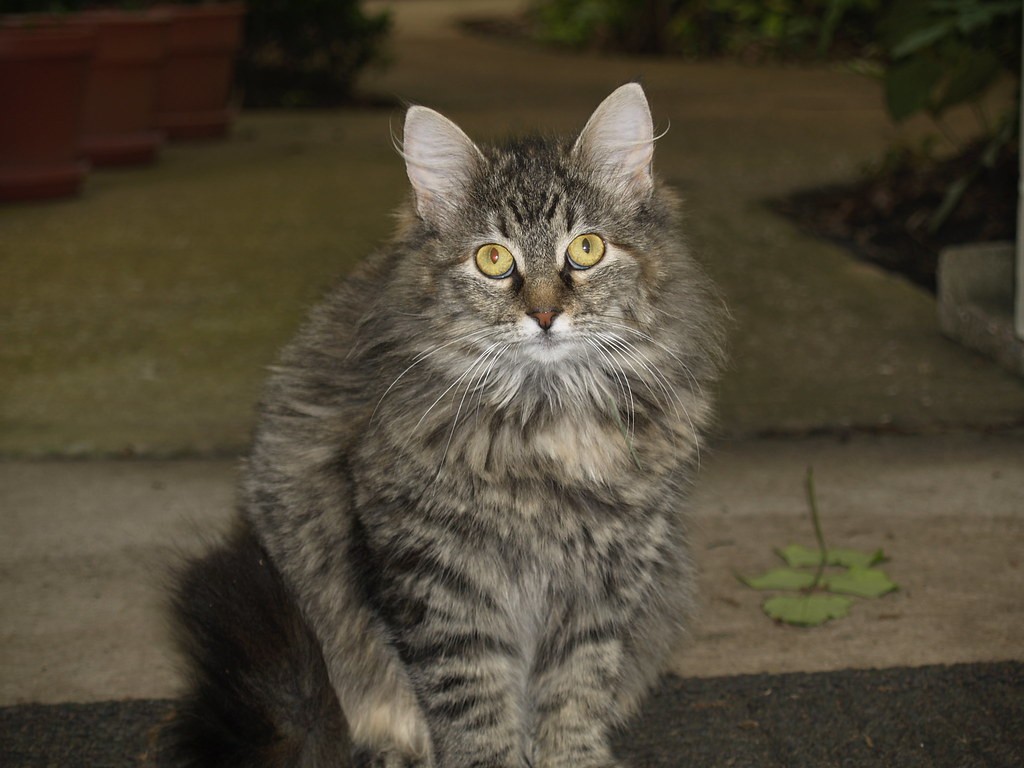 If you recognize yourself in any of the comments above. You can get help. There are organizations out there that can give you assistance in decluttering your home and get it spic and span clean. You could even audition for “Hoarders.” 🙂

Thanks for stopping by and reading my post today. I hope you got a chuckle out of it. Do you have any Bad Housewife habits you’d like to share? Please do. I’d love to hear from you!