Hello everyone, I hope all is well with you. I’m back today after a hectic week of revising. I’ve got two manuscripts that I’m trying to polish. The first one is polished and ready to query, and the second one is rough and needs polishing. It’s a never ending task that’s for sure.

Anyway, I was going to write a post about a couple of books I’d recommend but then I saw the above graphic and decided to write about this latest response to the tragic mass shooting in Florida instead.

It would be a horrible mistake to give our teachers guns. First of all, there are very few teachers that I know of who’ve had combat training. This is a big deal when you’re tasked with shooting at another human being.  Aside from that glaring problem, are we going to give our teachers assault weapons?

Because let’s be honest, we can’t expect a teacher to go after a kid carrying an AR-15 semi-automatic rifle with a teeny tiny hand gun.

As a parent, I’m horrified by this idea. We’re just adding more guns to an already volatile situation. What does that mean, more deaths and one of those deaths could be your kid.

The only answer to this situation is to keep assault weapons out of the hands of civilians. No civilian needs an assault weapon. They are guns designed for combat. They are not meant to be used for hunting or target shooting.

Let’s take a look at Japan. They’ve only had thirteen mass shootings since 1922. 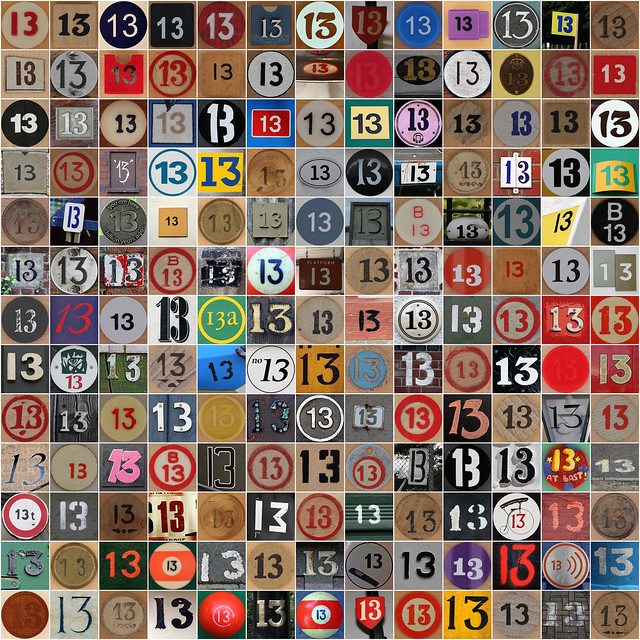 What is Japan doing that we’re not. Stricter Gun Laws and that’s it.

Arming our teachers is not the answer. They’ve got enough on their plates from dealing with behavioral issues in the classroom to coping with all the testing they have to do. If we want a public school system, we have to protect our teachers and our children while they’re in school.

We also need to bring our communities closer together. Isolation is a huge indicator for a mass shooter. If our communities were able to eradicate isolation, mass shootings will decline and maybe even disappear altogether.

I know this is a hot topic and there’s always more than one solution. I’d love to read your thoughts. Leave a comment. I’d love to hear from you!

Hello everyone, I hope all is well with you. I’m saddened by the events in the news this week. I’m talking about the school shooting in Parkland, Florida. How did a nineteen year old get a semi-automatic weapon?  Why are we selling these weapons to children? Yes, in my eyes a nineteen year old is still a child. 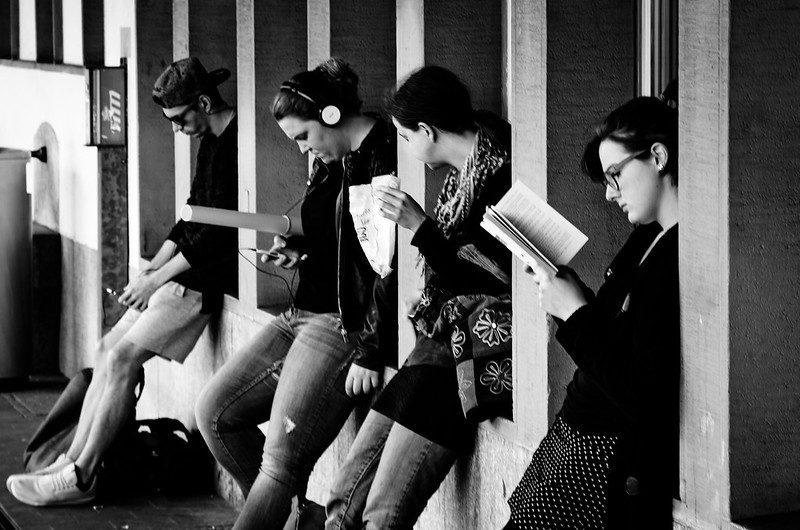 We have to do something about this because our children, our best Natural Resource, won’t survive if they don’t stop killing each other. That means our species won’t survive. I know, you think I’m taking this to an extreme, but maybe we have to, to wake everyone up.

The question I have to ask is why? Why is this happening? Why does a young person become so despondent that the only answer for him is to go to school and shoot his classmates? And why are warning signs ignored?

To answer this question, I did a little research and found that most mass shooters are profoundly alienated from society and there are warning signs.  Mass shooters don’t become mass shooters overnight. They usually assault, abuse, or threaten people close to them. Domestic violence is something all shooters seem to have in common. But how do we as a society predict which abusers will become mass shooters and which ones won’t? 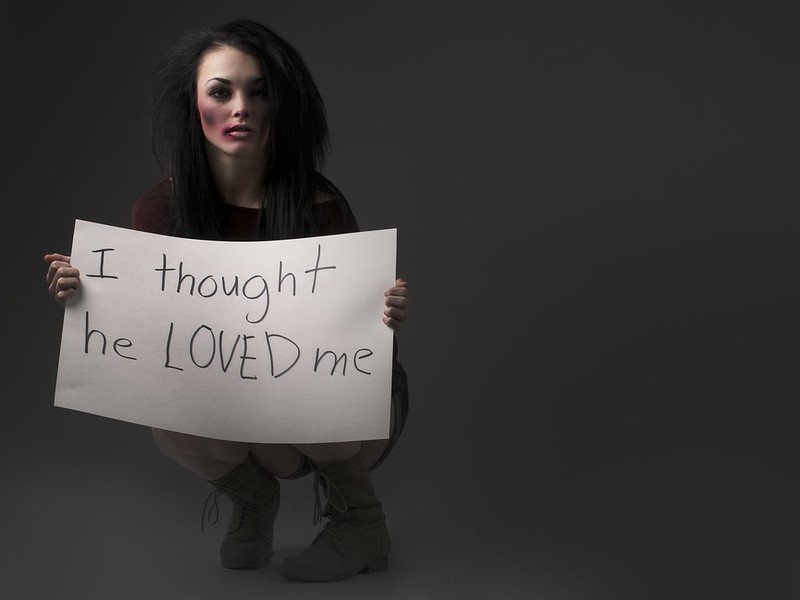 Here’s an interesting article on what mass shooters have in common. https://www.washingtonpost.com/news/posteverything/wp/2017/09/14/what-do-most-mass-shooters-have-in-common-hint-it-isnt-politics-video-games-or-religion/?utm_term=.6c89f9ef1859

That is a good question and one we don’t have an answer for. So what is the answer? I’m not usually in favor of more regulation, but in this instance until we can find ways to predict who will become a shooter and who won’t, I feel more regulation is the way to go.

First of all, let’s stop these young kids from buying weapons.  No child or adult outside the military needs a semi-automatic weapon. They shouldn’t even be available for the public to purchase.

I know what you’re thinking, but it’s in the constitution, we have the right to bear arms.  You’re right it is in there, but our forefathers didn’t have assault weapons to deal with back when it was written.  I’m not saying all guns, but even the most staunch NRA supporter must see that the general public does not need semi-automatic weapons to defend themselves. 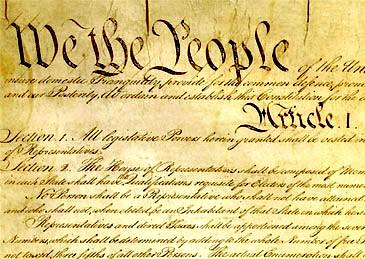 The next thing we need to do is make our communities stronger, so these people who’ve been alienated from society won’t fall through the cracks. How do we do that? We do it by creating community centers where teens and adults can come together to be socially interactive. 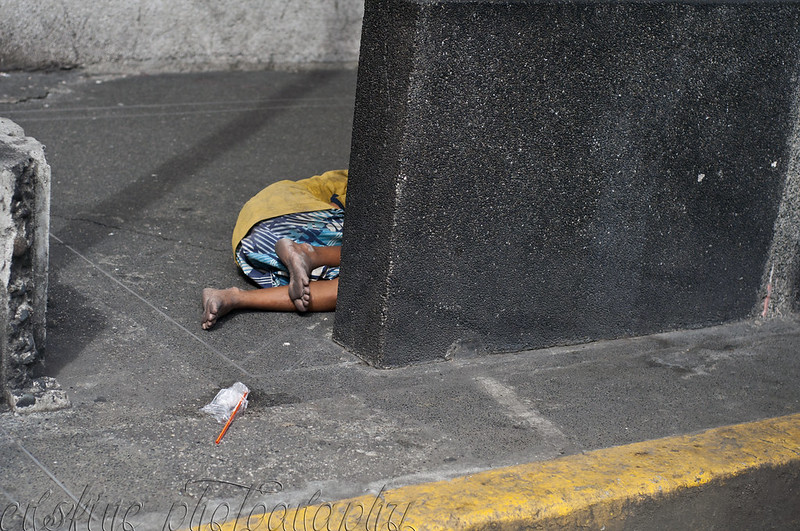 I would love to open up a community center in my town, especially for teens because the teen years are tough. I love the fact our schools have team sports and band and orchestra, but the problem with these programs is there’s a limit to how many kids can be in the program. What about the ones who don’t make it?

That’s where my community center would come into play. If money were no obstacle, I’d have a center where kids could come after school and play pick-up games of basketball or football. They’d be socially active and learn the skills of team play and how to compete fairly.

It’d be a place where they could hang out and do homework instead of going home alone and playing video games. I feel these community centers would alleviate the social isolation that many teens feel especially if they don’t make the team.  Team sports are wonderful, but like I said before, only so many kids make it.

I’d have a counselor on staff so kids could talk to him for free and learn healthy coping mechanisms. Let’s face it, some kids aren’t getting the love and attention they need at home so what a great way to try and help those who don’t get the support they need.  I know this won’t solve all the problems, but it is a step in the right direction.

We as a society need to take care of our children. They are our most valuable Natural Resource so let’s do a better job of protecting them.

Bringing back community centers is one solution, but I’m sure there are others. What are your thoughts? I’d love to hear from you! Leave a comment!

Hello everyone, I hope all is well with you. My prayers have been answered and I have a snow day today! So I’m going to be writing, editing, making bean soup and running. Ugh on the running part, but it’s a necessary chore if I want to stay healthy. Right? 🙂

Anyway, today I’d like to talk about how people show love. This post was inspired by my friend Christine and her blog post, “What love looks like when you are Sick.” Here’s the link: https://imsickandsoareyou.com/2018/02/09/what-love-looks-like-when-youre-sick/

It’s a touching post and it got me thinking about the ways people in our lives show their love, and the fact that there are so many different kinds of love in the world. I don’t know about you, but I think it is truly amazing that the kind of love we need appears just when we need it. Have you ever noticed that?

That camaraderie you can only have by going through something together or through a similar situation. I love the woman who helped me deal with my chemo. She was there as a calming voice in the swirling vortex of my anxiety when my fingers and toes began to go numb from the medication I was given. She understood my fear. The fear that my fingers would stay numb and I wouldn’t be able to type any more. That’s love folks. Love of a survivor holding the hand of someone who wants to survive.

There’s also the love of my sons for me. They were bright lights in my dark world at that time.  I remember my oldest calming my fears when my anxiety had ramped up and I didn’t want to do chemo any more. I’d lost my hair and twenty pounds. He put his hand on my shoulder and said, “Mom. You only have two months left.”

He was so calm and reasonable and that’s when I knew I could do it.  I never thought I’d be turning to my son for emotional support like that. It was an incredible moment.

Now that I’m better, we don’t talk about those days. Instead my kids show me love by stealing my blanket and still asking for bedtime stories even though they’re in the tween and teen years. Those moments are precious to me because I know they’ll soon be grown and off to conquer the world. I’ll hold onto those memories and they’ll sustain me when I miss them.

What are your thoughts? How do the people in your life show you their love? Leave a comment. I’d love to hear from you.

Hello everyone, I hope all is well with you. I’m back today after a busy week. I don’t know about you, but it seems to me life is getting busier and busier, and there aren’t enough hours in the day. I’ve made progress on my writing as well. I’ve completed the edits on one of my manuscripts and I’m super excited about this story. It’s coming together and it has evolved into such an amazing story. It’s my best work yet!

But enough about that, today I’d like to talk about a series I found on Netflix. It’ called “Dirty Money” and it was eye opening to say the least. There are six episodes and each one illustrates the level of corruption in our world and the corruption is global.

The first one caught my attention. It’s the story about how Volkswagen lied to consumers by stating they had anti-pollution devices installed on the VW Bug, when in fact they did not. The devices were actually disabled after they were tested in the factory by management.  They got caught, but no one went to jail.

Another documentary in this same series that caught my attention is the story on how the bank HSBC laundered money for the drug cartels. It goes on to illustrate how high ranking bank officials knew it was happening but did nothing to stop it.

This makes the war on drugs a huge joke.

I don’t want to say too much about the actual stories because I don’t want to ruin it for everyone, but when you watch the series you’ll find a common theme throughout. The unbridled greed of corporate leaders and the lengths they’ll go to get those billions of dollars.

In the series, you’ll find very few people actually went to prison after getting caught. Out of the six episodes, there are only two instances of jail time. That’s horrible.

The one about Scott Tucker who was actually sentenced to sixteen years in prison after his payday scheme was discovered, shows the delusional thinking of corporate leaders.  It’s staggering.

Just a heads up. The last episode is on Trump. 🙂

Below is the link to the trailer. You’ll want to watch this series. Trust me.