Hello everyone. I hope all is well with you. I’m back today reveling in the fact that I have the whole summer off. I plan on doing a lot of writing this summer. I’m hoping to get three books finished. I know. Huge goal. Let’s see if I can do it. 🙂 One of them is almost done and I must say this story has evolved so much from the one I originally started with. I’m ecstatic to finish it and start the editing process.

I’m also planning on doing a lot of reading. I just finished an awesome debut novel and I thought I’d share it with you. If you like crime thrillers then you’ll love Kristen Lamb’s novel “The Devil’s Dance.” The cover and blurb are below. 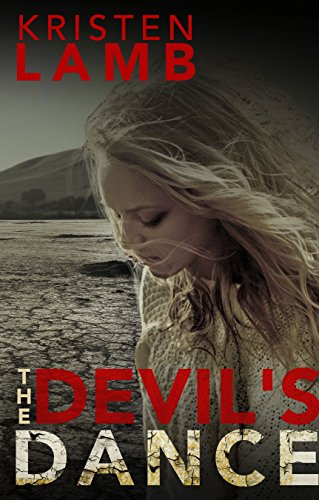 When Romi Lachlan’s fiancé disappears with half-a-billion dollars stolen from his company, she finds herself broke, blackballed, and the FBI’s prime suspect.

Forced to take refuge with her crazy-as-a-bag-of-cats family at the Cactus Flower trailer park in Bisby, Texas, Romi’s sure her life can’t get any worse until Special Agent Benjamin Sawyer shows up, determined to recover the money and put her away.

It turns out that persuading the hard-nosed G-man she’s innocent is the least of her worries. The body count in Bisby is rising, and Romi must uncover the secret to the town’s newfound prosperity before the secret buries her.

Grab your copy of this intense mystery-thriller today!

Praise for The Devil’s Dance:
“Kristen Lamb is a word demon. Sardonic, humorous and afoul of propriety, her fiction takes no prisoners. This is fun stuff, written by a born novelist with a maverick sensibility.” Joel Eisenberg, Hollywood producer & award-winning novelist

This story opens with Romi Lachlan in the unemployment office frustrated because she can’t seem to find a job. She’s an independent woman with a soft heart and I immediately liked her. In the beginning she’s unaware of the person pulling the strings behind the scenes. She believes the reason she can’t find a job is related to the fact her fiancé embezzled millions from his company and ran off with the cash, leaving her and everyone else holding the bag.

She decides to return home to her family and finds things have changed in the small town where she grew up. That’s when FBI agent Ben Sawyer reappears, following her from Dallas. He believes she’s just laying low until things cool down and then she’s going to meet up with her fiancé. They’ll disappear together with all the money and live happily ever after.  This is the furthest thing from the truth as far as Romi’s concerned, but she can’t seem to get that through Ben’s thick skull.

However, his inability to see the truth is the last thing on Romi’s mind when people start dying in Bisby.  Ben and Romi become an unlikely team as the body count starts to rise. There are plot twists that keep you guessing and you won’t want to put this book down. I won’t give any more of the story away, but check it out. It’s the perfect summer read!

How about you? Have you read any good books lately? Leave a comment. I’d love to hear from you and I’m putting my TBR pile together for this summer so I’m looking to make additions to it!  🙂