Hello everyone! I hope all is well with you. Well the Christmas season has officially started. Ho! Ho Ho! There’s no better way to start it off than with a blog hop!

That’s right! A Christmas Blog Hop! Since I’m participating in this event, I thought I’d share with you my favorite Christmas movie. It’s a kid’s movie, but I never get tired of it. That movie is “Polar Express.”

I love the message in that story. It reminds us what Christmas is truly all about. I remember the first time I saw it. It was in a movie theater and I had taken my two boys to see it with me.

They sat in their seats, mesmerized by the big screen and Tom Hanks did an excellent job as the conductor. I can’t imagine anyone else in that role, can you?

It’s the story of a young boy who has stopped believing in Santa. He wakes to the sound of a train and it takes him on a wild ride. During his time on the train, he learns the true meaning of friendship and the need to just believe. It’s a heartwarming story and I recommend it for all ages.

Chris Van Allsburg wrote the book the movie is based on. Here’s the cover and blurb below.

Since its publication in 1985, Chris Van Allsburg’s holiday classic has sold millions of copies and has come to signify the essential spirit of Christmas for countless readers.

Readers young and old are sure to treasure this inspiring book, which brings to life the magic of Christmas for all who believe.

Now for the giveaway! I’m giving away a fifteen-dollar Amazon gift card to one lucky winner! In addition, I’m giving away two eBook copies of one of my Super Spies books, the winner gets their choice. Below are the covers and blurbs! 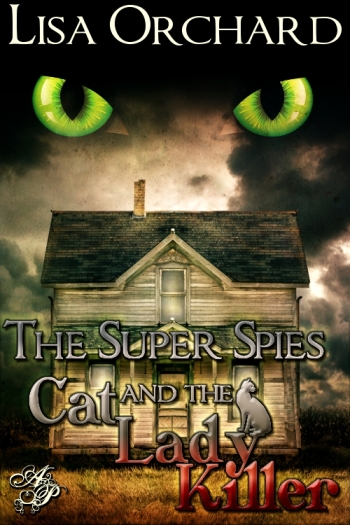 This book opens in a small town in Michigan where fifteen-year-old Sarah Cole is stuck spending the summer at her Aunt and Uncle’s with her sister, Lacey. She’s not happy with the situation until she befriends a girl named Jackie. The three girls stumble upon the ruthless murder of a reclusive neighborhood woman. One of the officers investigating the crime believes the girls are responsible for her death. Fearing that this officer will frame them for the murder, the girls organize their own detective squad. They become the Super Spies and start their own fact-finding mission.  The Super Spies can’t understand why anyone would want to murder the “Cat Lady” until they start digging into her past and discover a horrible crime that happened thirty years ago. They uncover a connection between the two crimes and attempt to bring this information to the police, only to be reprimanded for meddling in the inquest. Not only are the girls upset by the admonition, but they also struggle with the fact that their exuberant investigating could provide a legal loophole allowing the killer to go free. To make matters worse, the police don’t even believe them. Frustrated by this turn of events, the Super Spies realize it’s up to them to snare the Cat Lady killer, or die trying… 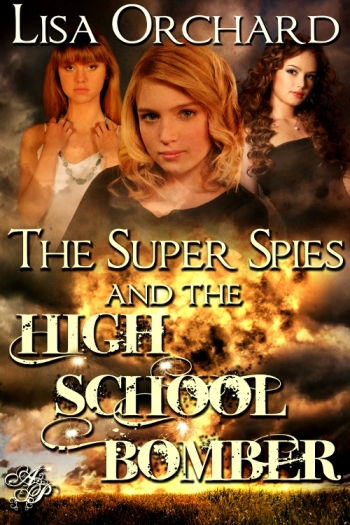 This book opens in a small town in Michigan where Sarah and her sister Lacey are now living with their Aunt and Uncle. Still reeling from the fact her parents have disappeared, Sarah starts the school year with her new friend Jackie Jenkins. When Sarah learns the school has been bombed, she’s filled with dread. Uncle Walt is a teacher, and he was in the school when the bomb exploded. Taking matters into her own hands, Sarah decides to search for him. The rest of the Super Spies are right behind her. When a fireman chases them away from the school, Sarah becomes suspicious. She decides to investigate. The FBI arrives on the scene. Sarah realizes this bombing could have even bigger implications. Searching for the bombers, Sarah is introduced to the world of terrorism. She fears that the bombing and her parents’ disappearance are connected and terrorists are involved. To make matters worse, the bombers are determined to finish the job. Can the Super Spies find the bombers before it’s too late? 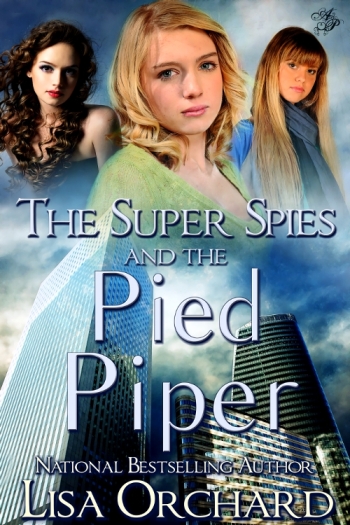 Sarah Cole and her sister Lacey are at it once again when their missing parents’ cell phone is traced to Alden, Michigan. When the FBI declines to continue the investigation, Sarah takes matters into her own hands. She calls upon the Super Spies and they delve into the situation. Suddenly the teens find themselves immersed in small town intrigue and mystery involving a menacing stranger, who Sarah dubs “The Stalker.” But when Sarah finds out he’s connected to her parents’ disappearance she’s determined to find out what that connection is. The Super Spies embark on a journey that leads them into a web of corporate corruption at its highest level that leaves innocent victims in its wake. Can the Super Spies stop the greedy corporation before it’s too late?

Don’t forget the other authors in the hop! They’re giving prizes away too! Just click the links below!